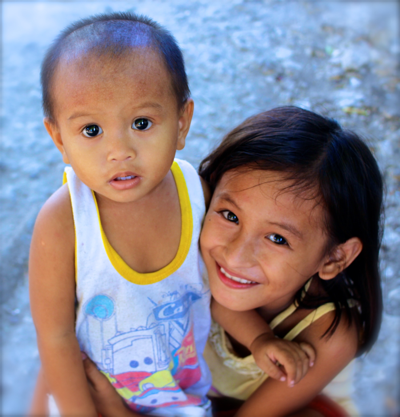 Ministry of Youth With A Mission

Youth With a Mission (YWAM) is the largest missions organization in the world. In the last 50 years, YWAM has trained over 5 million individuals to take part in global missions. YWAM is in every country of the world with over 2,000 operating locations. Our mandate is to “know God and make Him known.”

Over two thirds of the world's population lives in Asia. Over 2.7 billion of them have never heard the Gospel. Making Asia one of the most strategic areas of the world in fulfilling the Great Commission.

The Philippines plays a strategic role in becoming an epicenter of missional activity as being one of the few open Christian nations in the eastern world. The vision over the Philippines is to send 1 million missionaries to the remaining unengaged and unreached people groups of the world to finish the mission Jesus has given His disciples nearly 2,000 years ago.

Since 2010, YWAM Philippines Impact has preached the Gospel to over 206,000 individuals, in over 37 cities and towns. Resulting in over 51,000 people making decisions to follow Jesus Christ as their Lord and Savior.

By implementing long-term discipleship models in strategic and measurable missions, impact is ensured to go beyond a moment of a person's life but to affect communities - creating a positive influence to their region.

YWAM Philippines Impact has multiple avenues for people of all ages and cultures to make an impact in the world. From trainings, to short and long-term missions, partner with us and take part in finishing the Great Commission together.

Support us with any kind of gift including your non cash items!

As a ministry of Youth With a Mission, we are responsible for raising enough funds to meet our financial needs. These funds are primarily raised by friends, family, churches, and businesses  Please consider partnering with us financially to bring the Gospel of Christ to all nations! **All gifts are tax deductible and tax receipts are sent out at the end of the year.

To Know God and Make Him Known

Youth With A Mission is a global movement of Christians from many cultures, age groups, and Christian traditions, dedicated to serving Jesus throughout the world. Also known as YWAM (pronounced  WHY-wham), we unite in a common purpose to know God and to make Him known. Back when we began in 1960, our main focus was to get youth involved in missions. Today, we still focus on youth, and we also involve people aged 9 to 90. Since conception we have trained over 5 million missionaries. We currently work in more than 2,000 locations in every country of the world, with over 27,000 staff.